"How do you make better places for people to live?" 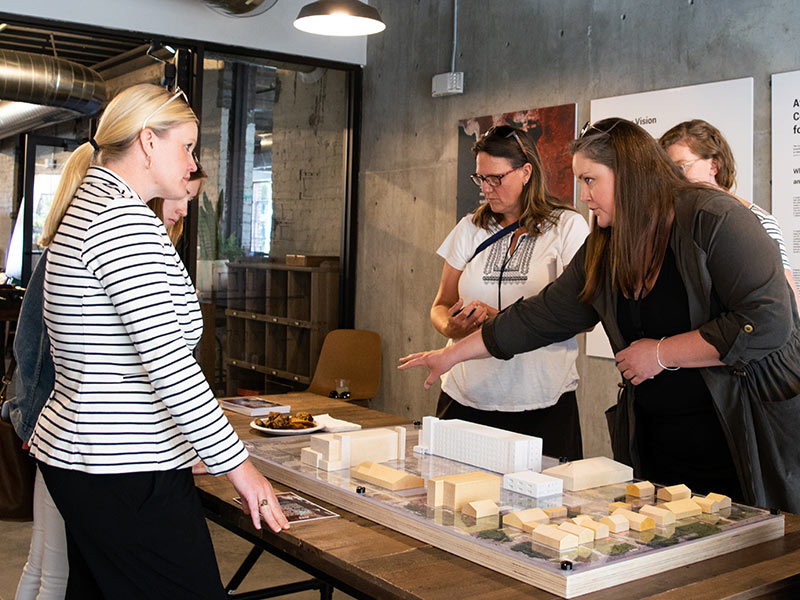 It’s a question Erin Carraher has been asking since she was a child growing up in rural West Virginia. As an associate professor in the School of Architecture, Carraher recently embarked on a new research trajectory focused on finding answers to that question. As part of a collaborative effort, she is working to enable better, more affordable housing to be built in Salt Lake City. For this work, she was named the 2018-19 Bennion Center Public Service Professor and received a $7,500 prize to support her research.

“As architects we’re trained to start unraveling problems piece by piece,” Erin says. That’s exactly what she’s doing. She and her colleagues have established a non-profit called the Equitable Housing and Livability Institute (EHLI) and are collaborating with experts across the country on their work. “When people hear affordable housing they immediately stigmatize it and think, ‘not in my backyard.’ But affordable housing is just housing; its housing people can afford,” she says.

To be considered affordable, housing must cost no more than 30% of a household’s income. Currently, there is a 7,500 unit deficit of available rental units in the Salt Lake City metro area for extremely low income households—i.e. those making at or below the Poverty Guideline or less than 30% of Area Median Income (AMI), whichever is higher. That gap continues to grow.

According to Erin, the biggest barrier to overcome is the financial one. Currently, developers can’t get enough traditional financing via construction loans or mortgages for affordable housing projects. They rely on government subsidies called Low-Income Housing Tax Credits (or LIHTC) to make projects ‘pencil out’. “The first milestone we are setting for ourselves is to eliminate the need for government subsidies for 60% AMI housing,” Erin said. “We can do this by eliminating waste and inefficiency in the design and construction process and catalyzing innovation.”

EHLI is partnered with Giv Development, a community-based development company committed to quality, affordability, and innovation. “Our focus is not just building cheaper,” she says, “its building better quality, building better community.” She says the emphasis is on a more holistic approach that works independently of government funding.

Giv’s Project Open development in the Guadalupe neighborhood on Salt Lake City’s Westside is the site of EHLI’s initial qualitative and quantative research focus. An additional building breaks ground this fall and a third phase is scheduled to begin next year. Working closely with Giv as well as community and industry partners, she and her team will take the findings from each building and apply them to the next. “We’re doing our best to make buildings better for people.”